Not so long ago, in a galaxy not so far away…
Kobi-Wan Kenobi has returned home to his Momma Candace in an attempt to fight his recent diagnosis of Lymphoma. Momma Candace knew that the Lymphoma Empire had secretly infiltrated her beloved cat Kobi-Wan and she was going to rescue him from the clutches of the vile disease. 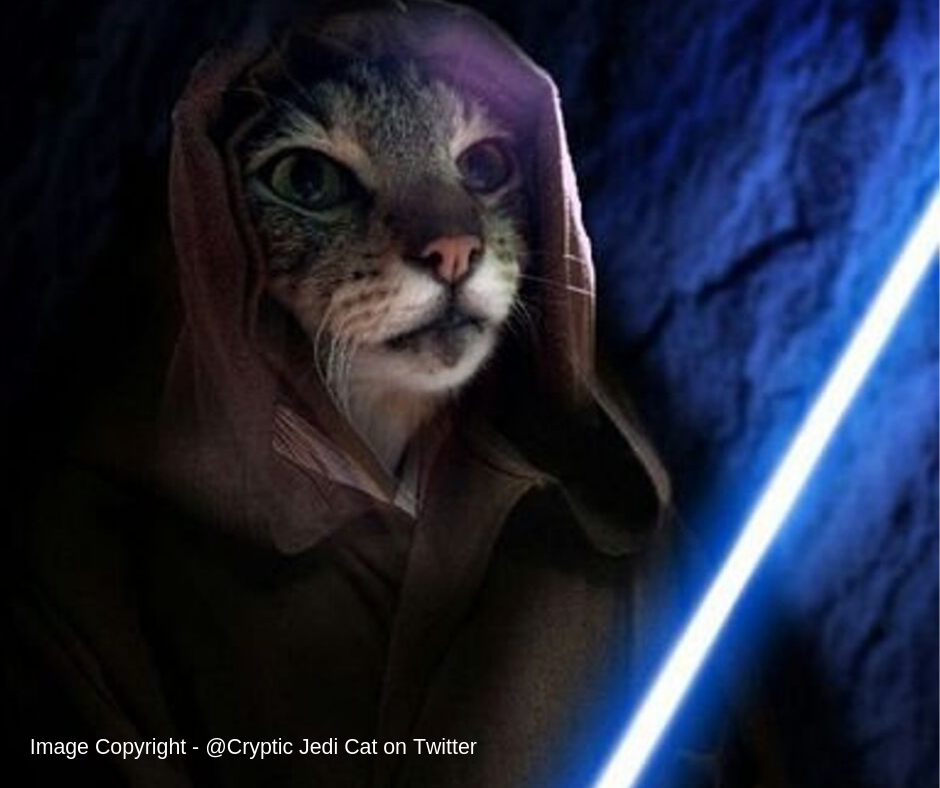 Momma Candace searched the galaxy which led her to find NHV Natural Pet Products where she obtained the Force to battle the deadly Lymphoma Empire.

As Kobi-Wan Kenobi learned the ways of the Force using ES Clear and Felimm and with this Rebel Alliance he was becoming a Jedi Knight.

Using the Force, in just 2 weeks there was ultrasonic evidence that his lymph nodes were shrinking and the lining of his intestinal wall was thinning. The Lymphoma Empire was crumbling!

Felimm was the light saber that first tackled the Empire, striking the virus by working within the lymph nodes as an anti viral and anti bacterial force.

Next was ES Clear which used the Force Heal to accelerate the natural healing process by detoxing the lymph nodes and immune system. It gave Kobi-Wan the strength to increase his appetite and energy levels. The Return of this Jedi Kobi-Wan Kenobi brings a new hope for all Jedi’s to take on the Lymphoma Empire and bring it to it’s knees.

NHV’s Lymphoma Gold Support Kit will play a crucial role in improving the quality of life in your beloved feline lymphoma warrior!

You can check out how other members of the Empire and the Rebel Alliance benefit from NHV Natural Pet Products on Instagram too!

Lymphoma is a cancer of a specific white blood cell called the lymphocyte. These are major cells found in the lymph nodes. They have a number of roles in the immune system including the production of antibodies and other substances that fight infection and disease. This disease affects other organs such as the liver and kidneys as well so it’s important to ensure you support your pets immune system as a whole.

There is currently no known cause but is more common in cats. Symptoms often present as IBD (Inflammatory Bowel Disease), vomiting and difficulty breathing. Symptoms vary for each patient and may be indicative of other ailments so it’s important to ensure you get a diagnosis from your veterinarian.

After just two weeks of being on the lymphoma support regimen, we already have ultrasonographic evidence that his lymph nodes are shrinking and the lining of his intestinal wall is thinning. I don’t want to claim that this is a “typical” result; I just know that this is what’s occurring in my Kobi. A lot of prayer has also been involved!

Ask your NHV Pet Experts for the best regimen your cat can have from all the supplements we have for lymphoma. Each cat is unique and has different symptoms. At NHV, we like to look at each case closely before recommending the best supplements. Get in touch today!