Rescue Pup Slate is Living the Life Thanks to Milk Thistle Slate is a 10 year old Weimaraner who lives with her mom, Melissa, and her canine brother, Cinder. Slate was rescued by Renee at “They Deserve Better Dog Rescue” 9 years ago. Melissa found Slate through the Tristate Weimaraner Rescue. Poor Slate was in such poor condition, she was emaciated and had severe pneumonia which was causing her nose to bleed.

If it wasnt for Renee my Slate wouldn’t be alive today. She was her angel. She saw her at the humane society and how very sick she was and knew she didn’t have long the condition she was in….so she stepped in and got her to the vet then took care of her. 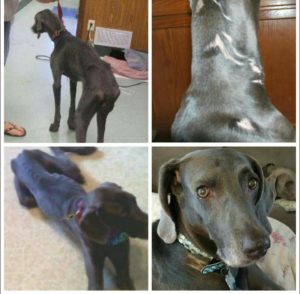 Together, Renee and Melissa worked very hard to bring her back to optimal health. Unfortunately it seems a toll was taken on poor Slate’s liver. In a recent blood test Slate’s liver enzymes were found to be elevated, signalling liver disease. She also showed signs of pancreatitis. While the pancreatitis was managed with a low fat diet, Slate needed something to help support her liver. That’s when Melissa found NHV Milk Thistle. Here’s what Melissa had to say:

The NHV Milk Thistle has helped my 10 year old Weimaraner tremendously. She was diagnosed with pancreatitis, hypercalcemia, and elevating liver enzymes. Her pancreatic enzymes have come down dramatically along with the addition of the low fat diet. She had a major tremor in her back leg from the hypercalcemia that has greatly improved! I will be getting blood work done again soon to see if her liver enzymes have come down along with the hypercalcemia. He wanted to check again in 2 months and I have just finished my second bottle of the milk thistle. I have noticed a huge improvement in her health so I’m hoping for great news. I highly recommend this product especially if your dog is on meds that can build up and needs to be detoxed from the liver. My girl has been on [medication] for 4 years now for female spay incontinence.Thanks NHV! 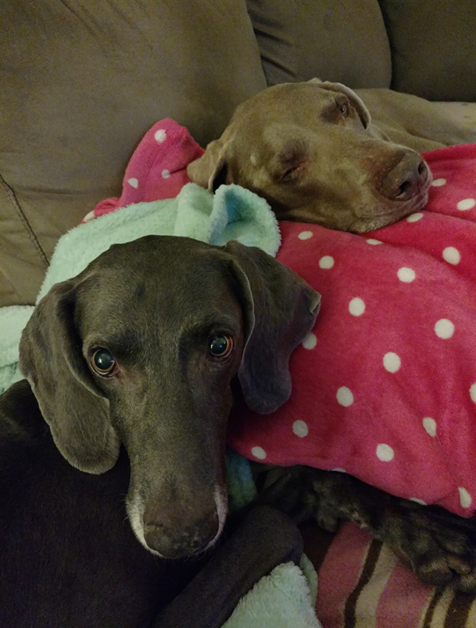 Since then, Slate has had her blood work repeated. One of her liver enzymes has come down dramatically, while another has elevated just slightly. Our veterinary team reevaluated Slate’s regimen and recommended that Slate’s dose of Milk Thistle be elevated, at least until the next blood test at which time we will reassess. All NHV supplements are safe to increase to double the recommended dose should your pet need some extra support. Slate is also on a long term medication to help with incontinence, so the Milk Thistle will help to support her liver as it has to process these medications regularly.

Melissa says that Slate is her “soul mate dog”, she beams with pride when she tells us about her and shares her sweet photos. It looks like Slate won the lottery when Melissa found her and is living her life to the fullest! Milk Thistle is a herb that is native to the Mediterranean. It has been used for centuries for its medicinal properties. Studies have shown that Milk Thistle decreases or even reverses damage to the liver which may be caused by the use of prescription medications, heavy metals or household pollutants. The active compound in Milk Thistle, silymarin, helps to prevent toxins from binding to the liver. This is not only beneficial to the liver itself, but to many other body functions.

With many of our supplements, including Milk Thistle, there is no need to wait for your pet to be unwell before starting. They are wonderful preventives!

If you think your pet’s NHV regimen or doses may need some adjusting, contact our Pet Experts! 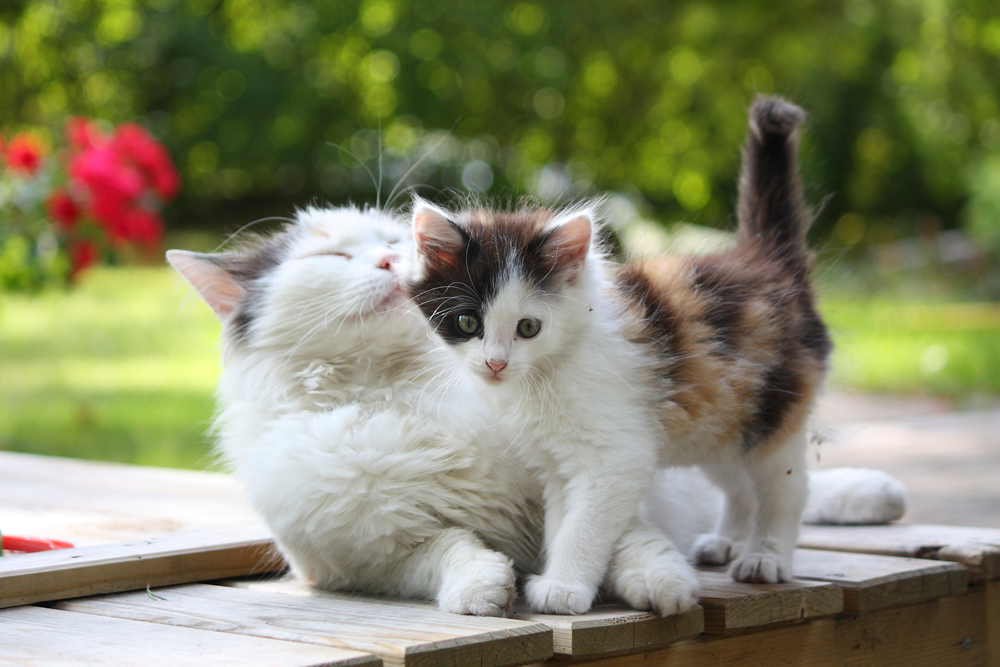