This Veterans Day, we take time to honor our military veterans. We owe so much to these brave men and women, whom on many occasions endure more than most of us could ever imagine. Some of these heroes also have four legs.

Here are 2 unbelievable stories about animals showing bravery and dedicating their lives to helping their human counterparts do the same.

A tiger-striped kitten (YES, a cat!) that in 2004 was born at the site where troops in a United States Army Unit were stationed in Iraq. Unlike his siblings who ran away, the tiny kitten stayed behind.  The troops adopted the little ball of fur and dubbed him” Pfc. Hammer”.

Hammer naturally fell into his role of patrolling the living quarters and dining facility, getting rid of mice that would otherwise devour or contaminate the soldier’s food stores. In addition, Hammer also provided warmth and companionship, boosting morale in the otherwise hostile environment. He was referred to as a stress therapist that would approach soldiers sitting alone after coming in off a raid and take their mind off the war. Out of gratitude for Hammer’s hard work and affection, the troops made him an honorary member of their unit. With some help from Alley Cat Allies and Military Mascots, they were able to bring Hammer home to America after their deployment, to live with his comrade, Staff Sgt. Rick Bousfield in Colorado.

A mixed breed terrier who was adopted by the U.S. 1st Division on July 14, 1918, in the Montmartre section of Paris, France during World War I and soon became their dog-mascot.

Rags was discovered in the streets of Paris by Private James Donovan, an A.E.F. signal corps specialist. Private Donovan had been marching in the Bastille Day parade, and had failed to report back to his unit. When the military police stopped him to question why he had been missing after the parade, Private Donovan needed to do some quick thinking. He saw a pile of rags from the corner of his eye, except it wasn’t really a pile of rags, but a small mixed terrier. The quick thinking Private, who did not want to get in trouble, quickly scooped up the stray dog, saying to the police that he was just looking for his troop’s mascot ‘Rags’.

The story worked and the name stuck. Rags won over the unit and was allowed to stay.

Donovan was soon ordered to the front lines and chose to leave Rags behind for the little dog’s own safety.  Little did he know, Rags had other ideas and soon tracked him down.

Donovan decided to train Rags to run messages attached to his collar between the command and the frontline, which he took to very well, delivering important messages through constant gunfire, explosions, distracting smells and other things that would usually lead a dog astray. Rags studied what the soldiers around him did, like getting down on the ground when they heard shellfire. Soon Rags began to mimic their actions, and would even crouch on the ground before the men did, since his canine hearing allowed him to detect the whistle of the shells earlier. When the soldiers realized this, Rags became their early alert system.

On October 9, 1918, Rags and Donovan both fell victims to German shellfire and gas shells. Rags was mildly gassed and suffered injuries to his right front paw, right ear and right eye. Donovan, however, was badly gassed and suffered more serious injuries. The two were kept together despite being transferred between several hospitals. This was unusual treatment for a dog, but Rags’ reputation and “orders from headquarters” helped smooth things over when questioned.

With excellent treatment, Rags was able to heal quickly, but his comrade unfortunately grew worse, so both were returned to the United States and placed in the Fort Sheridan Base Hospital, which specialized in helping gas victims. Here, Rags made his home at the base fire house and given a collar identifying him as 1st Division Rags.

In early 1919, Donovan passed away and Rags stayed on to be the post dog, being watched over by a number of soldiers on the post. In 1920, Major Raymond W. Hardenbergh, and his family arrived at Fort Sheridan. Soon after Rags and the family became very attached and the family was given trusteeship of Rags. In 1924 Rags and the Hardenbergh family arrived at Governors Island in New York harbor. He became a well-known New York City celebrity, with articles about him published in The New York Times and other newspapers and magazines and even had a book about him published in 1930.

Rags continued to live with Hardenbergh until 1936 when he died at the surprising age of 20 and was buried with military honors and a grave stone that reads “war hero”. A monument was erected at the Aspen Hill Memorial Park and Animal Sanctuary in Silver Spring, Maryland close to the home of Hardenbergh.

We are grateful for animals like Pfc. Hammer and Rags and know that there are many other stories of animal courage, and thousands more whose stories we simply do not know. We would like to take this moment to thank all of our four legged and furry or feathered companions from the bottoms of our hearts. Such bravery and loyalty continues to inspires us. 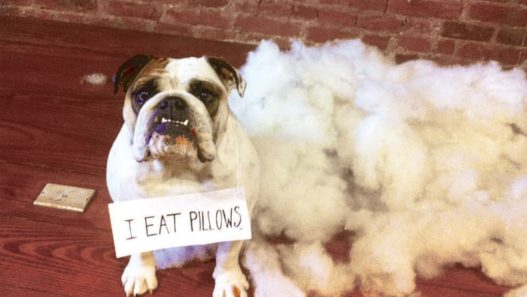 Lifestyles of the Furry & Fabulous

Traveling with Your Pets? 5 Tips for a Blissful Trip

Lifestyles of the Furry & Fabulous